This story has even found its way into The Canberra Times. While cultural and political debates about same-sex relationships and same-sex marriage continue, the comics medium continues to be supportive.

Quote from the Canberra Times story: "Same-sex marriage is still a controversial subject in the real world but for comic characters it became almost passe this week, when one of Marvel comics's X-Men, the Canadian mutant Northstar (AKA Jean-Paul Beaubier), proposed to his boyfriend Kyle Jinadu."

(Now we just have to hope that the marriage is never retrospectively extinguished by the actions of a powerful extra-dimensional demon, as happened to Spider-Man's marriage to Mary Jane Watson.) 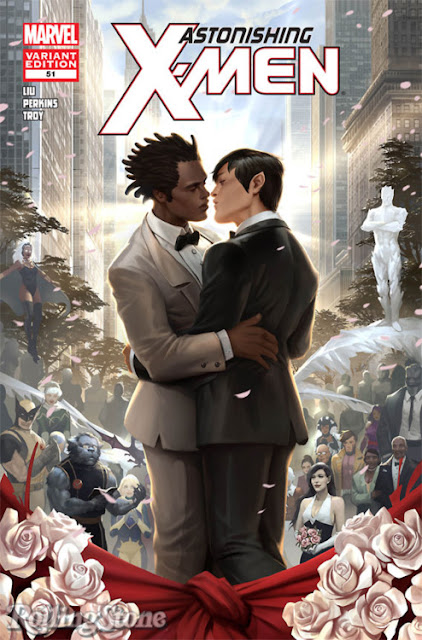 Posted by Russell Blackford at 11:54 am

"Now we just have to hope that the marriage is never retrospectively extinguished by the actions of a powerful extra-dimensional demon.."

Okay, who leaked the plotline?