During the current Avengers vs. X-Men event, there's a bit of time to focus on Namor's ongoing interspecies sex life. Not long ago he had a sexual encounter with a giant wormlike creature who is Queen in the bizarre land of Tabula Rasa. Now the alien skunk-woman Hepzibah is interested in him (Hepzibah is supposedly hooked up with another character, Warpath, but perhaps they're all as polyamorous as Namor).

Anyway, we get the following discussion in Uncanny X-Men #12 when Namor, Hepzibah, and Sunspot are deployed to Tabula Rasa to try to find the missing Hope Summers and beat up on some of the Avengers if they can.

You're welcome to criticise Greg Land's rather pornified rendering of Hepzibah's facial expressions, especially in the second image (not to mention the compulsory butt-shot of Magik in the first one). I don't mind - even quite like - Land's hyperrealistic art style, but he could tone down the, um, "glamour" aspect of how he depicts women. 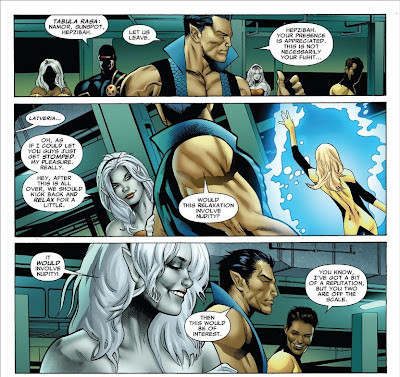 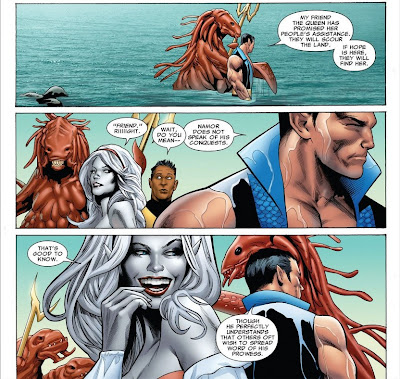 Namor also gets another chance to duke it out with The Thing, which is always good. 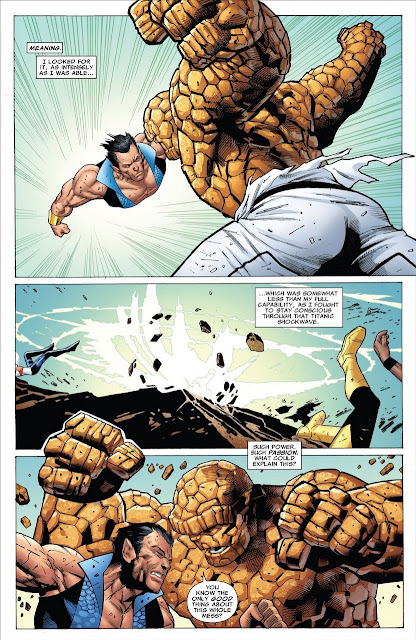 Posted by Russell Blackford at 12:56 pm