Two special issues of The Journal of Evolution and Technology

This is a quick blog post because I am still on the road and attempting to work out of an internet cafe. But I must announce the publication of two special issues of The Journal of Evolution and Technology.

Go and have a look at the JET site, which I must say is looking fantastic this morning with both issues now loaded. The material we've just published is the culmination of months of work by the authors and editorial staff. There are some wonderful articles there, exploring all aspects of the journal's theme: the prospect (or current reality) of a new kind of technologically-mediated evolution.

Check it out and enjoy!

I'm very excited about this. When I get home, I'll plunge into some hard work on the next issue, for which we already have four articles accepted and in the pipeline, and some others currently under review.
Posted by Russell Blackford at 11:48 am 1 comment:

I'm currently in Newcastle - where I'm enjoying a hot summer's day, even though it's still early spring - having driven up from Melbourne on Friday. I'll be attending a science fiction convention in Canberra next weekend, on the way home, and finally getting back to Melbourne on the Monday night.

I'm doing what work I can while on the road; in particular, there's some editing to be done for Voices of Disbelief (Udo Schuklenk and I have some new contributions to work on, with most of them now in).

I won't have much to report until my return, but I do hope to be able to announce ... in a few days days ... the publication of the first of two special issues of the Journal of Evolution and Technology. Stay tuned for that.
Posted by Russell Blackford at 2:29 pm No comments:

I'm planning a lighting visit to the UK in the last week of October. I have responsibilities bookending that week, so I'm not going to be able to segue this into more than a week overseas.

However, I am going to be in Liverpool as part of the lauching of a book called Human Futures: Art in an Age of Uncertainty and an associated symposium. I've contributed a chapter to the book, in which I argue for the acceptance and accommodation of human enhancement technologies by modern liberal societies - the theme of my recently-completed PhD thesis.

As part of the symposium, I'll be giving a short talk on the ethics of the unknown.

As I've been informed, it's going to be an interesting time to be in Liverpool with the BBC Freethinking Festival on, as well as the Liverpool Biennial.
Posted by Russell Blackford at 12:05 pm 6 comments: 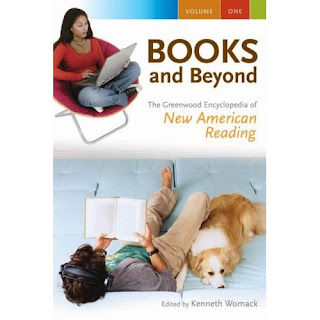 Books and Beyond: The Greenwood Encyclopedia of New American Reading, a four-volume reference work on contemporary US literature, edited by Ken Womack, is due for publication in October.

This huge opus includes my 15,000-word article on American science fiction, putting the genre in historical and thematic context, and comparing the work of science fiction writers to those in the mainstream. The discussion covers both prose narrative and science fiction presented in other media, but the main focus is on the work of current American novelists working in the sf field.
Posted by Russell Blackford at 5:57 pm 1 comment: 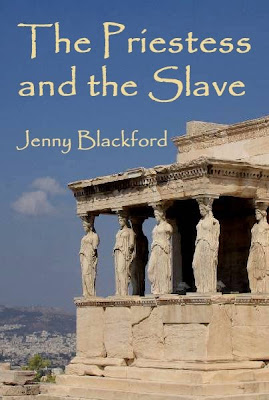 Here's a prototype of the cover for The Priestess and the Slave. The final cover will have artwork based on the photo used here, but this version at least gives an indication of what it will look like. I gather that Hadley Rille's promotional blurbs, etc., are going to adapt some of the wording I used to describe the book on this blog the other day - which is fine by me, though not my purpose in writing it.
Posted by Russell Blackford at 7:30 pm 4 comments:

Atheism - what is it?

Maria Maltseva has a provocative discussion of theism, atheism, and similar concepts on her blog-like thing and her Facebook site. This led me to the following ruminations.

I don't think an atheist is someone who thinks we can know for certain that there is no god. For me, it just means that you don't believe any such being exists. I don't believe that unicorns exist, but it's not something I know for certain. I am open to the idea that a unicorn will be found some day, perhaps on a distant Earth-like planet.

While I'm not a big fan of certainty about anything, I'm very confident that the providential, loving, yet all-powerful and all-knowing, deity described by traditional Abrahamic theologians does not exist. I'm also very confident that it's worth being outspoken about the likely non-existence of this being and about the suspect credentials of the monotheistic religious traditions.

That's enough for me to call myself an atheist. It's possible, for all I know, that there are very powerful intelligences somewhere in the universe with abilities beyond anything we'll ever be able achieve using techno-science. It's possible, for all I know, that there's a deist creator/designer, or something similar. I see no good reason to believe in the existence of any such beings, but I don't think that claims about them are totally meaningless or that their existence can be ruled out to any terribly high degree of confidence. We just don't know. But that's not terribly relevant, morally and politically. The issue I consider relevant is whether the actual monotheistic religions that we see around us trying to influence public policy and tell us how to live our lives have any claims to authority, and on that I am confident - no, they don't.

Their god does not exist, and their belief structures are built on a lie.
Posted by Russell Blackford at 11:58 am 5 comments:

Ethics at work for parliamentarians

I love this story about Matt Brown the (former) NSW Minister for Police who has been forced to resign for dancing in his (very brief) underwear at a post-budget office party. According to some accounts, Mr Brown at one point straddled the breasts of a female parliamentarian and called out to her daughter "I'm titty-fucking your mother!" The latter incident has, however, been denied by all concerned. The incoming Premier, Nathan Rees, claims that Mr Brown was sacked not for dancing in his underwear but for lying about it when originally questioned.

This story is so funny, yet so full of vagaries as to what really happened (both at the party and in the events leading up to Mr Brown's tender of his resignation), that it's difficult to comment with a straight face. Given the female parliamentarian's seemingly plausible denial of the "titty-fucking your mother" incident, there doesn't appear to be any evidence of sexual assault or blatant sexual harassment. Short of that, how wild should parliamentarians' office parties be? How far should a government minister get into the spirit of things?

It's nice that Mr Rees claims he wouldn't have sacked the minister merely for dancing in his underwear at a wild parliamentary party. That's a relief, because I've been to (and even hosted) parties that got quite a bit wilder than that - admittedly not held at public expense (one imagines) in a parliamentary office.

What can I say? I'll throw this one open for discussion. Personally, I'd rather know that the police minister in my jurisdiction is a party animal than that's he's likely to defer to the latest edict from Cardinal Pell. I can think of all sorts of behaviour that would be more likely to make me feel that the power of Leviathan is in dangerous hands.

But that's just me. Others may beg to differ.
Posted by Russell Blackford at 5:18 pm 1 comment:

The Priestess and the Slave

While I seem to have been exhausted lately in the wake of submitting the thesis and getting over a dose of winter "flu", Jenny has been plugging on (despite her own winter bug) with completing her short historical novel, The Priestess and the Slave, to be published later this year by Hadley Rille Books. This project is moving quickly now - I've seen a first mock-up of the cover, just this morning.

It's a very strong piece of writing: vivid, gritty, and emotionally moving. Set in Classical Greece in the 5th century BC, it conveys the extraordinary history of the time through the eyes of two narrators - a Delphic priestess deeply embroiled in the political turmoil earlier in the century, and a young slavewoman, some decades later, living through the terrible plague in Athens and the seemingly endless war against the invincible hoplites of Sparta. It's a tale of honour and dishonour, of love, pain, madness, and endurance.

That's all I'll say - no spoilers from me - but I hope I've whetted some appetites. I expect the book will attract big-name support: people are going to be damn impressed when they read it. It should lead to larger-scale projects in the future, but one step at a time.
Posted by Russell Blackford at 1:34 pm No comments:

Our house was auctioned on Saturday, and it actually sold (within the range of what we considered acceptable). So, time for more life changes. Our default plan is to move back to Newcastle twelve months or so down the track, but we don't know at the moment what possibilities are going to open up. Things will be in flux a bit during 2009.

It's been a big few weeks here, with the house sale, plus finishing the thesis, plus other things - I'm working quite hard at my teaching for the semester, and Jenny has been working intensely on her short novel The Priestess and the Slave (which I'll doubtless blog about separately). Without big-noting my very limited role, I've read a few drafts of this in the past couple of weeks. (I'll just say, for now, it's very strong stuff - and of course I hope y'all will go and buy copies when it's published.)

While this has all been going on, we've both been suffering from a lingering winter bug and feeling constantly fatigued as a result. Still, exhausted or not, we've been plugging away at these things and getting a bit done every day on the various fronts ... and it's marvellous how change accumulates when you keep working at it.
Posted by Russell Blackford at 9:22 am No comments: