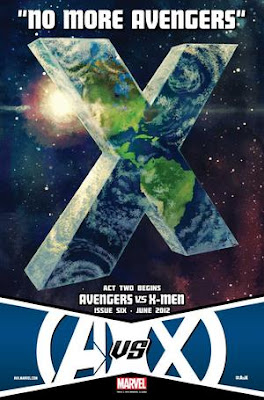 Posted by Russell Blackford at 2:10 pm

It sounds interesting, but I think I'll wait for the trade paperback. I haven't really had an interest in collecting comics since the guy I used to buy them from who used to hold them for me for a few months got out of the business; it's always too annoying for me to read things in bits and then wait for a month to get the next part, especially since comics are really short.

Oh, and I might as well say this here: I think you commented in an earlier post about it being out of character for Wolverine to favour simply killing Hope. Other than the concerns about what the Phoenix Force might do if he did, it's actually pretty in character for Wolverine to suggest that if he really thinks that it's the right solution; from the beginning he was always willing to kill if he thought it necessary, which was one of the great things about the character.

That being said, I had hoped that his being the leader of the new crew would move him towards the sort of role and character that we saw in the "Wolverine and the X-Men" cartoon, which doesn't quite seem to be the case.