Sunday Supervillainy (2) - the Rogneto thing to be resolved at last?

Marvel's September solicits include this interesting item and cover: 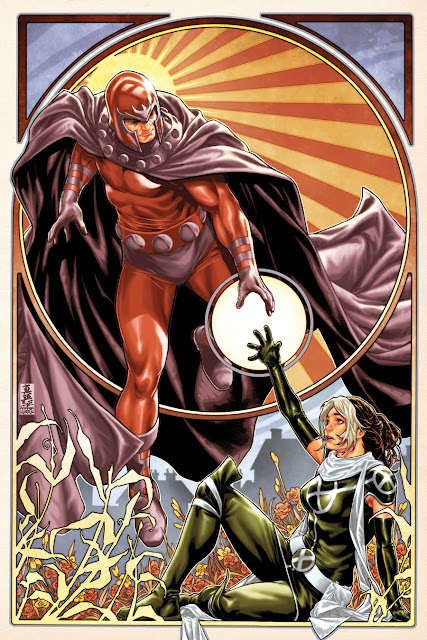 Sooo, what's happening here? Is Marvel going to resolve the Magneto/Rogue villain/heroine relationship at last? Will they be married off ... or maybe split up? Or is this some kind of misdirection, and the offer that Magneto is going to make to Rogue will be something completely different and out of left field? What else might he offer her if it's not something like marriage? Hmmm.

As it follows immediately from the current Avengers vs. X-Men event ... well, two things. 1. We can now be confident that both of these characters will survive the event. 2. It could take place in a very changed Marvel Universe. And given 1. and 2., surely the biggest villains, like Magneto and Doctor Doom, will have power plays to make.

I'm getting the popcorn ready.
Posted by Russell Blackford at 7:35 pm