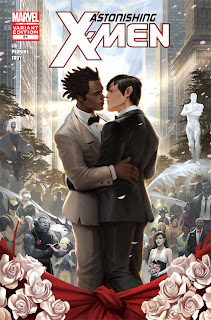 I like the brother and sister love thing going on here - involving Aurora and Northstar. It's from the newly-released preview to Astonishing X-Men #51, which has been much-anticipated (surely one of the most anticipated single issues of a mainstream superhero comic in recent years).

So we'll finally get to see the wedding between Northstar and Kyle (it feels like we've been waiting forever).

Hey, I'm sometimes critical of pop and geek culture, much as I love them, and not least of aspects of comics. But in this case, Marvel deserves nothing but praise. It's all a friendly gesture to the gay community, and from what we've seen so far it's being done with class. 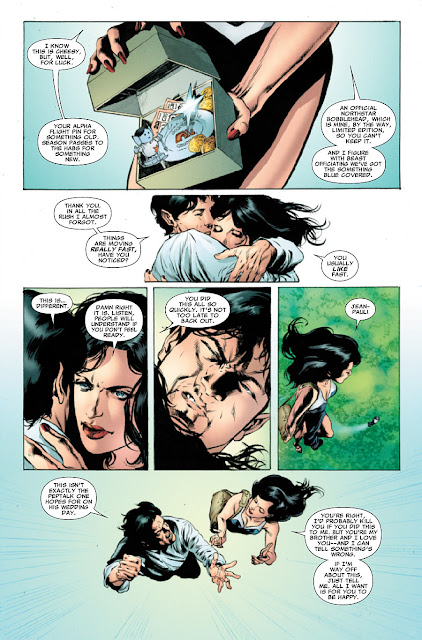 Posted by Russell Blackford at 12:03 am

We at Aurora are trying to join the List Top Engineering Colleges by creating new practices in the Engineering Education in India. We request you all to have a look and let us know how we can improve our quality of deliverables.