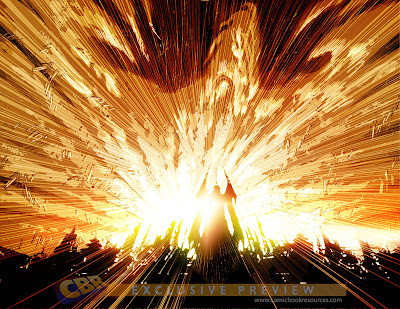 Here is an interview with Marvel Comics editor-in-chief Axel Alonso, focused on the Avengers vs X-Men event that has just got underway.


An event is only as good as the story it presents, but part of the challenge of "keeping reader interest" is, of course, getting readers interested in the first place. And that’s where marketing comes in. With an event of this scope and length, part of the challenge is coming up with a marketing strategy that drives readers into stores well after the event is underway.

That said, the story drives the marketing campaign, never the other way around. You start with the story. Where does it begin and what road does it take you down? As details emerge, you break the story down into acts, and big moments emerge. In the case of "AvX," we came up with some big moments that ended up signaling act breaks, oh-$#!% moments that changed the trajectory of the story so each act became, in its own way, its own story.

Our marketing efforts will focus on this aspect of the event: Each act challenges the reader in a new way. A while back, I said I wondered how many readers would stick with their side once the story unfolded, and I wasn’t joking.


Now, my side is absolutely the X-Men ... at least as a starting point. But having now read AvX #1, I've gotta admit I'm a bit worried about what the hell their leader thinks he's doing. The Avengers are acting in a high-handed way early in this story, but Cyclops appears to be losing it a bit. Doubtless you need to portray both sides overstepping the mark if you're going to end up with two teams of superheroes beating the crap out of each other, with some ambiguity about who are the good guys and who are the bad guys. But the overstepping is kind of extreme here (not necessarily out of character, or unrealistic as these things go, given the pressures all the characters are under, etc., etc. ... but still kind of extreme).

The gist of the story is that the Phoenix Force is destroying entire planetary civilizations in its path as it returns to Earth, apparently planning to bond with young Hope Summers, who has shown a superhuman affinity for it, similar to the late Jean Grey's. As leader of the X-Men, Cyclops wants to train Hope - brutally pushing her beyond her limits - for the role of host for the Phoenix Force. This might save the Earth from destruction as well as helping mutantkind recover from its horrendous setbacks in recent times. Hmmm, this sounds a leetle bit like a Magneto-ish, supervillainish approach to mutant affairs.

Conversely, the Avengers turn up at the X-Men's island with a display of seemingly overwhelming force - they arrive with huge military weapon platforms, mutant-hunting technology, and an expanded roster that includes at least the following: Captain America, Iron Man, Dr. Strange, The Thing, Spider-Woman, Giant-Man, Wolverine (!), Hawkeye, The Red Hulk, Luke Cage, Mockingbird, Iron Fist, The Black Widow, Spider-Man, The Black Panther, and Daredevil. (A separate group, including Thor and Ms Marvel, has been sent into space to confront the Phoenix Force directly.)

The Avengers, via Captain America, "ask" to take Hope into their "protective custody", and are not willing to take No for an answer ... either from the X-Men's leadership or, presumably from Hope herself. Given the way they are invading the island to kidnap Hope, if so required, you can see them as the bad guys.

But meanwhile, even the villains/ex-villains on the X-Men roster are looking worried about how driven and ruthless Cyclops has become, and whether his plan for dealing with the Phoenix Force as it returns to our planet will be workable. In fact, the voices of reason at this stage are actually Magneto and Emma Frost, so I wonder if they might change sides try to take matters into their own their own hands, later in the story.

You also have to wonder whether everyone on the Avengers roster that we've seen is going to be prepared to engage in an all-out war. E.g. is someone as inherently non-fanatical as Spider-Man going to be sufficiently convinced of the righteousness of the Avengers' cause to take a war over custody of one teenage girl to its logical conclusion - perhaps with people being maimed or killed?

So I look forward to twists and turns, and maybe to some challenges to what side I take as it all pans out. Good times!
Posted by Russell Blackford at 2:22 pm

Cyclops was a total jerk, and Cap was only slight less worse. I'm not sure if I'll be following this for long.

I don't read titles like this due to Continuity Lockout, but this plotline sounds just nonsensical. Even if, prior to this event, the X-Men and the Avengers hated each other, wouldn't this be a classic case of "Oh crap, we need to work together to save the fucking world?"

On the other hand, if Marvel wanted to set up a fight between the X-Men and the Avengers, shouldn't the X-Men's habit of harboring supervillains help here?

If this makes slightly more sense for people who read the comics, though, I'd be sincerely curious to know why.