A good night at Embiggen Books 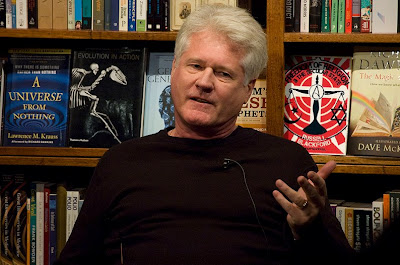 Last night we had a panel discussion at Embiggen Books in Melbourne, looking at the idea of a 10-point plan for secularism in Australia. The discussion was videoed, so I assume it will be available on the internet at some point fairly soon.

Meredith Doig had proposed the particular topic, so she went first, introducing it in the context of Sean Faircloth's plan for a secular America. She discussed this in some detail, pointing out aspects that did not translate well to Australian circumstances as well as to common problems between the two countries.

I went next, developing the view that a secular government - one which pursues this-worldly goals through this-worldly means - tends to become a liberal government. I argued for the importance of defending fundamental liberal principles such as the harm principle and freedom of speech (noting that the latter was not so relevant in America, where freedom of speech already enjoys strong constitutional protection).

Graham Oppy developed an argument based on core liberal notions of accepting social pluralism and controlling people's behaviour only where needed for the functioning of government itself or to protect fundamental rights. He suggested that this simple concept could be used to support most of what is contained in the Faircloth points.

Discussion ensued among the panelists, and then with the smallish but enthusiastic audience. The issues ranged across the entire range of problems confronting us in societies where religious organisations and ideas still influence government policies and the law. We spent some time on the problem that some religious people seem to be beyond any appeal to our sorts of arguments because they begin with criteria for truth that are totally different from ours. We'd have to tackle them on a deeper level and persuade them to change their epistemologies before we could argue with them in support of secularism.

For my part, I think this is the situation that we confront. I didn't get into this last night, but it would be extremely difficult to argue for a secular government in a society like that of Saudi Arabia - not just because such arguments would be suppressed, but because most people would probably not even grant the premises of any argument that conflicted with their religious views. It will be difficult for people in those societies to make progress toward secular government through argument (though other forces might make them unhappy with the governments that they actually have).

Even in Western societies, many people may not accept the premises of good arguments for secularism (if, for example, your theological position is that the state has a duty to please God, then I probably cannot reach you with arguments based on ideas that the state is best seen as an historically emergent institution whose point is to protect its citizens' interests in worldly things). However, the good news is that even religious people in Western societies are prepared - perhaps in the vast number of cases - to accept the sorts of premises on which secularism is based. They may, admittedly, not be prepared to take these to their full logical conclusions or be entirely consistent, but they are open to argument. Perhaps the majority of religious people in the West have reasons to accept secular ideas, at least to an extent.

Part of the reason for that is the engrained Western traditions of at least partial secularism: traditions which respond, historically, to the horrendous experiences of persecution and sectarian struggle in medieval and early modern Europe. This has taught us a lesson, and has, still speaking historically, helped open minds to the merits of secular models of the state. (On the other hand, as Graham Oppy mentioned to me, perhaps too many people have forgotten about this history, and we really need to do more to teach it.)

In the discussion, I made the point that we can't easily reach people with radical epistemologies, etc., with our arguments, but we can reach most people and rally them to think that secular government is an important value. That applies to religious people who accept the idea of secular government, not just non-believers. Furthermore, people in Australia do feel strongly about principles such as freedom of speech, which can be used to protect our liberties - e.g. our liberty to criticise religion.

I promised at the end of the panel that I'd provide a forum for further discussion on my blog - so here it is. Those who were there, feel free to report your own impressions and analyses of the evening, or to continue the debate back and forth.
Posted by Russell Blackford at 11:34 am

Sounds interesting. Will you update us if/when it appears online? I'd like to watch!