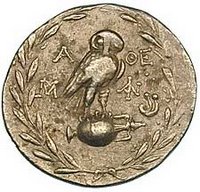 The Australasian Association of Philosophy conference at the Australian National University this past week was one of the most stimulating and enjoyable conferences or conventions, or whatever, that I've been to. Taking place over almost a full five days, it soon began to deliver the timeless feeling that I'd always been there. It was well organised and extraordinarily diverse in range. I was at the conference to take it in as a sociological experience (this was the first time I'd been to this annual event), meet some new people, give support to friends and colleagues, and present a paper on one of my pet themes (the "defying nature" theme - why does this idea persist, and what are the implications?).

I drove up with Ole Koksvik, a fellow grad. student at Monash. Ole is doing his research Masters in philosophy of mind, defending a moderate version of dualism; he's thinking that he might do further graduate work at ANU. Indeed, ANU is one of the institutions where I'd like to work, myself, when I've finished this second PhD that I've taken on. The ANU faculty and its research output are very impressive, and the place would suit my interdisciplinary interests in philosophy and law.

We took my car, but Ole ended up doing slightly more of the driving than I did. I needed to nap briefly during the trip back - I'd stayed awake to 4 am watching Wimbledon on TV, then got up about three hours later to have breakfast and check out. As a result, I was getting pretty tired during one of my turns at the wheel, 100 kilometres south of Albury, and handed over to Ole for awhile (mindful of all those warnings about driver fatigue that dot the Hume Highway). A half hour nap, followed by some fast food a bit later when we pulled into a service centre, revitalised me. It was nice when I finally pulled into Albert Park last night, and to see Jenny again - not to mention Felix!
Posted by Russell Blackford at 6:09 pm