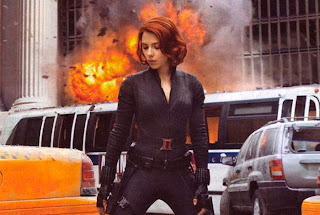 I'm still fascinated by these box office figures - so unless you are, too, don't bother to read on.

It now looks like the final worldwide first-release box office for The Avengers will be very close indeed to $1.5 million, as projected here, and doubtless elsewhere, a few months ago. It opened most recently in Japan, where it had already earned considerable money from previews, and where it can still be expected to bring in some serious revenue after its first two (quite strong) official weekends in the cinemas.

On the other hand, it has pretty much run out of steam elsewhere, including in the US.

Box Office Mojo is currently giving a worldwide figure for The Avengers of $1,491,849,983 - with a bit more to come in from Japan this weekend (and in succeeding weeks). With not much coming from anywhere else, and assuming there's no vital fact that I'm missing, the final worldwide figure will be just about, but will not exceed, $1.5 billion. I doubt that anyone expected that before it was actually released. We all thought it could do well, but it's become a box-office monster.

For whatever reason, The Dark Knight Rises has performed relatively poorly in the US (we can project that it will end nearly $100 million behind The Dark Knight). On the other hand, its non-US sales have been very strong, if nowhere near as strong as those for The Avengers. All this gives it, at the moment, a worldwide total of $960,516,000. Once all the figures for this weekend are announced, it should be getting to around $970 million, and this is only its seventh weekend in American release.

Thus there are still few weeks to go before it, too, runs out of steam; so it looks as if The Dark Knight Rises will gross over a billion dollars (but probably not "well over"). Given the enormous expectations attached to it from the start, this is a relatively disappointing performance, though it is still going to be a very, very profitable movie.

Edit: See my comment below about how I spoke too soon. Mea culpa. With the latest data, The Avengers has indeed squeaked over $1.5 billion, and The Dark Knight Rises may yet get into "well over" $1 billion territory.

Posted by Russell Blackford at 10:13 pm

That is quite an amazing amount of money.

I watched The Avengers recently because it seemed to get goodish reviews and I was quite amazed at how appallingly bad it was as a film or artwork.

The characters were two dimensional and wooden, the script very poor with the scaffolding clearly showing (Ah, now we are in the bit where they are demonstrating they cannot get along, so presumably they reunite later on).

The plot was nearly unfathomably, in the sense that the motivation for the characters and their actions made little sense in the total context of the film. The Loki character in particular seemed to meander through the script from spot to spot without any real sense of a purpose or motivation for his actions.

Worst of all, all the good guy protagonists were essentially indestructable. There was zero creative tension as at no stage was there every the sense that any of them was a risk from anything. At least superman had kryptonite. At least in the iron man movie, Tony Starck seemed like he could be defeated.

In this film everyone was bullet-proof. Well, I think one of them fell over once, but otherwise they couldn't be touched. Which can't be said for Loki who took 3 seconds to be defeated by a green man. The "threat" was a useless Loki and half a dozen very weak aliens against god-like super-heros.

why did Thor bother to jump from the falling capsule? it is not like the impact could hurt him. Given this why do anything, their motivation become meaningless.

At no stage during the movie did I feel like I cared what happened to anyone , but rather it was a by-the-numbers CG special effects movie.
Characters, story, plot, motivation, all of these were thrown away for some explosions.

By far the worst of the Marvel films, so bad I would rather watch Transformers again before this one.

One can only assume the Dan Brown effect. There is a certain point when Art is so bad that it attracts the masses. I happened to 50 Shades of Grey, it happened to this movie.

That $1.5b just shows just how bad the movie is.

Did you read my brief review of it when it first came out at the end of April? I thought there was a lot to like about it - I think it nailed most of the the characters - but I also made the point about a problem with (lack of) narrative tension.

I was wrong in the original post: The Avengers has now passed $1.5 billion - apparently because Box Office Mojo's figures on its foreign takings were lagging behind. Assuming those are now up to date, it looks like it won't go a lot higher.

And similarly The Dark Knight Rises is now showing at just over $1 billion, with some more impetus in it yet (this is mainly because the movie was still to be released in China when I wrote, which I hadn't realised, and it opened very strongly there, though it also just had quite a good weekend in the US). So I spoke too soon. Mea culpa.