I went along to another event in Second Life - this time the in-world presentation of a short movie made by Richard Dawkins, in which he briefly defends his criticisms of religious belief, answers some of his critics, and speculates about the future of Second Life and virtual reality worlds. He said that he finds Second Life, and such, too clunky for now, but can imagine the experience becoming far more realistic as technology improves, which is likely to be achievable with the continuing exponential increase in computer power.

This movie is being screened several times each day on Elysian Island, so check it out if you have time.

Of course, we had a boorish protestor running around annoying people, but that's Second Life for you. 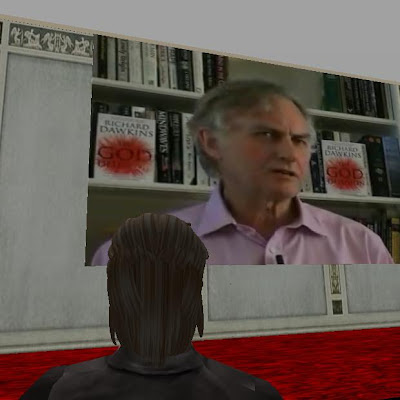 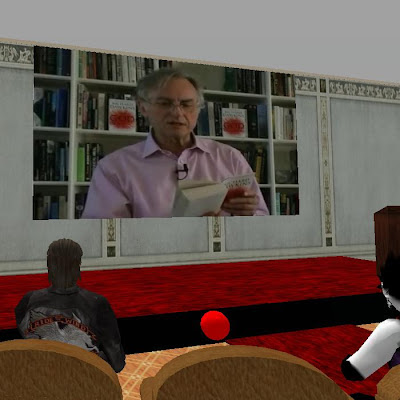 Posted by Russell Blackford at 8:05 pm