Hercules' sexuality in the Marvel Universe 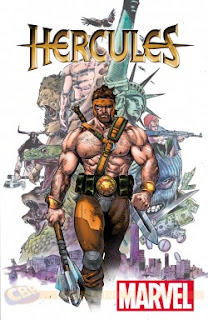 I don't know why it was considered necessary to state explicitly that Hercules in the main Marvel Universe is straight, rather than bi, especially when there is a strong in-universe suggestion that he once had sex with Northstar. I get that they don't need to go out of their way to explore any gay side of the character in the new Hercules series that they're launching soon, but that does seem like an unnecessarily clear-cut answer by Alex Alonso, given that many fans enjoy the suggestion that the character is bisexual.

This is NOT, Zeus help us, meant to contribute to some kind of pile on or cybermob. We see far too many of those. It's not that big a deal, especially when Marvel has gone to a fair bit of trouble in recent years to be supportive of the gay community. It's just something that didn't have to be thrown away so easily... and there's a general sense, I think, that Marvel is still reticent about giving support to bisexual men.