A review of X-Men Apocalypse at PopMatters

I liked this review of X-Men: Apocalypse by Jack Fisher on the PopMatters site - and I agree with almost all of it. The movie is, as Fisher suggests, a strong finale to the trilogy that began with X-Men: First Class, and, indeed, it's a fitting conclusion to the six X-Men movies that started with the original X-Men back in 2000. Through a circuitous route - involving an altered timeline as a result of the previous movie's time-travel plot - Apocalypse leaves the franchise in a good place for further instalments. But yes, it's a strong punctuation mark. 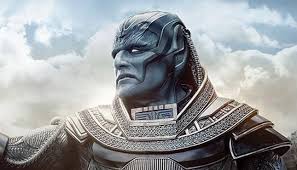 If more X-Men movies are made by Fox without a reboot of the franchise, the filmmakers can move on with a workably stable base, and with new potential for storytelling in the wake of Apocalypse's resolution (at least for now) of the dramatic conflict between the visions of Professor X/Charles Xavier and Magneto/Erik Lehnsherr.

This time round, the Xavier vs. Lehnsherr conflict plays out on an enormous scale, reaches a kind of equilibrium (you'll see what I mean), and along with the cataclysmic spectacle offers much that's emotionally moving.

I still hope to give this movie a fuller review, complete with spoilers. I'm a bit sad to see it not doing as well at the box office - especially in the US - as might have been expected. Perhaps it lacks the high concept of Captain America: Civil War, which is about heroes falling out and fighting each other, and it may simply not have had a good hook for mainstream critics who aren't especially invested in the characters and their conflicts. But for my money it may actually be a better movie than Civil War, impressive as the latter is. As Fisher elaborates in his review, Apocalypse has no obvious flaws for what it is ... but more than that, it has plenty of heart.

In addition to the lukewarm reception from mainstream critics, who perhaps wanted more (obviously) novel themes, there have been unfavourable reviews from some fans who seem disappointed by lack of focus on their particular favourite characters. If you're at all invested in X-Men mythos, don't be put off by those reviews. Perhaps the emphasis of the franchise will shift, in future, to younger characters, such as Storm, Cyclops, and Jean Grey, with very well-cast actors now in place for them. But until then, X-Men: Apocalypse takes care of business superbly.
Posted by Russell Blackford at 5:02 pm